A community platform for highlighting and commenting on preprints

The project aims to help scientists navigate the ever-growing preprint literature and facilitate commenting on preprints.
A group of early-career researchers (the 'preLighters') select preprints that they think are interesting for the community, and write digests about them. These posts also feature personal opinions of preLighters about why the work is important, and engage preprint authors who often reply to questions raised in the preprint highlight.

1) Since the launch of bioRxiv, the number of posted preprints has been exponentially growing and is expected to further increase in the future. This will make it more and more difficult for researchers to keep up with the preprint literature. preLights aims to help scientists by selecting and summarizing interesting preprints for them.

2) Despite the growing popularity of preprints, public commenting on preprints hasn't taken off. At preLights, early-career researchers give personal opinions about preprints (which are often in their field of expertise). In addition, anyone can comment on the preLights posts and by also encouraging preprint authors to provide 'author responses',  preLights aims to facilitate discussions about preprints.

3) Finally, preLights aims to promote early-career researchers and give them a platform where they can practice their scientific writing and reviewing skills. These ECRs also play an important role in raising awareness and advocating for preprints. 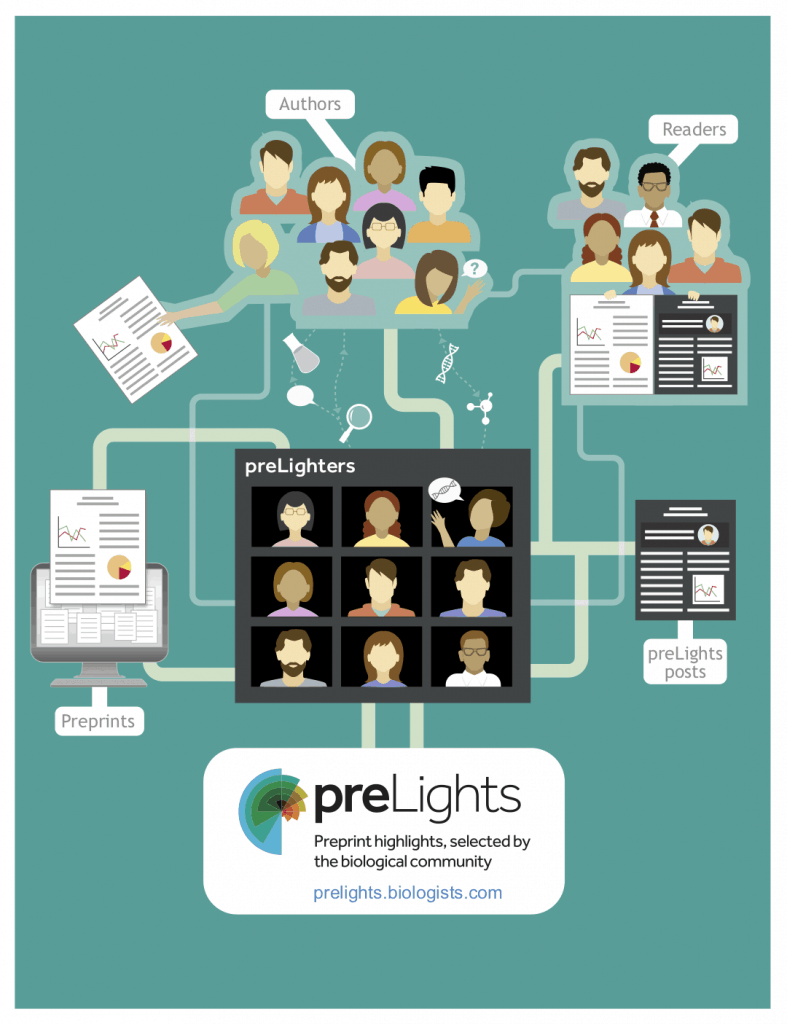